Our Board of Trustees members have deep roots here and a broad knowledge of our community’s needs. They are dedicated philanthropists who work hard to steward our investment in the region and inspire giving among others. 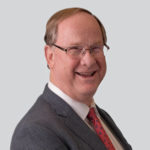 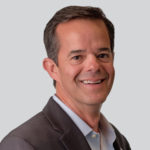 Mr. Starkey is a Senior Sales Executive with Genesys and has over 20 years in the Information Technology market. He is Past President of the Economic Club of Tampa and his other community involvement includes the Outback Bowl, Hyde Park UMC, Easter Seals, and Metropolitan Ministries. He and his wife Janet have a daughter and a son, who are both becoming involved with the Family Foundation Program at CFTB. 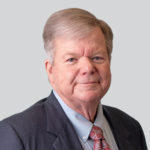 Mr. Koren, a partner in Holland & Knight’s Tampa and Lakeland offices, leads the firm’s private wealth practice. Koren also authored “Estate and Personal Financial Planning,” a five-volume treatise that covers planning concepts for asset accumulation and transfer. He brings experience as an estate attorney and accredited estate planner to his volunteer role with the Foundation. 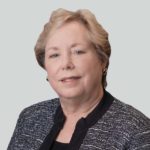 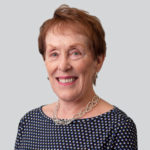 Ms. Castor has devoted much of her life to public service, most notably as President of the University of South Florida, Florida Commissioner of Education and President and CEO of the National Board for Professional Teaching Standards.  Her public career began with her election to the Hillsborough County Commission.  Subsequently, she served three terms in the Florida Senate.  She is a founding member of the USF Women in Leadership and Philanthropy and a past member of the Hillsborough Education Foundation.  She is a member of the Fulbright Foreign Scholarship Board and the Tampa Bay Committee on Foreign Relations.  She received her BA from Rowan College and her Master’s degree from the University of Miami. She is married to Samuel P. Bell III. 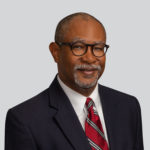 Mr. Tims retired in 2012 as Corporate EHS Director at The Mosaic Company. Prior to Mosaic, he worked for 23 years in the paper industry with Champion International Paper Co. and International Paper in Louisiana, Alabama, Ohio, New York, Connecticut and Florida. He serves on the board of Academy Prep Tampa and Beulah Baptist Institutional Church. He previously served on the boards of Prevent Blindness Florida, the Manufacturing Association of Florida, Audubon Florida, and the Florida A&M/Florida State School of Engineering Advisory Board. 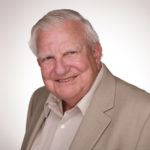 Mr. Capron is the retired owner of Capron Sales Company of Wisconsin. He and his wife Barbara have been residents of Sun City Center since 2005. He volunteers as a tutor and supports arts and culture organizations. 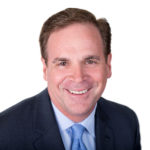 Ron Ciganek holds an MBA from Oral Roberts University. He began his banking career with Barnett Bank in 1991. In 1998, he joined AmSouth Bank as a Commercial Relationship Manager in the Tampa market. Mr. Ciganek held progressive positions as Team Leader and ultimately Commercial Banking Executive for Regions Bank, successor by merger to AmSouth, serving as a member of the West Coast of Florida management team. In 2010, he joined Valley Bank as Commercial Banking Manager, focused on Commercial and Industrial clients based in Tampa Bay. As an Executive Vice President, he also oversees the Treasury Management division. Ciganek has served the community participating in various organizations including the St. Petersburg Chamber of Commerce Board of Governors, All Children’s Hospital Development Council, Junior Achievement, Greater Tampa Chamber of Commerce, Tampa Bay Partnership, Chi Chi Rodriguez Foundation and Saint Paul’s School. He has served on the Board and Executive Committees for United Way of Tampa Bay, served as Chair of Visit Tampa Bay 2011-2012, and served on the Executive Board of the 2012 Tampa Bay Host Committee for the 2012 Republican National Convention. 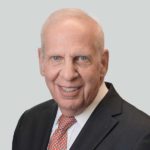 Mr. Dobkin served as Managing Partner of the Tampa Office of Ernst & Young from 1987 until his retirement in 2005. Since that time he has served on the boards of directors of many companies including Cracker Barrel Old Country Store, Inc., Blue Pearl Veterinary Partners, Bay Cities Bank, PBS&J Engineering and a variety of entrepreneurial companies and as Executive in Residence for the School of Accountancy at USF. He is past Chairman and a current board member of WEDU Public Broadcasting. He has also served as Chairman of the Greater Tampa Chamber of Commerce, Museum of Science & Industry, and the Florida Venture Forum Capital Conference and as a board member of the Tampa General Hospital Foundation, United Way, Tampa Bay Partnership, Florida Orchestra and University of Tampa. Mr. Dobkin holds a Master’s of Science in Industrial Administration from Carnegie-Mellon University and a Bachelor of Science in Accounting, with honors, from Pennsylvania State University. He attended the Kellogg Executive Program at Northwestern University and is a licensed Certified Public Accountant. 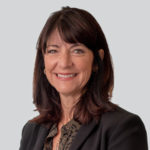 Patricia Douglas earned a J.D. from the University of Florida Levin School of Law in 1987 and practiced commercial and construction litigation as a partner in the Tampa firm of Bush Ross for nearly twenty years. Patricia is actively involved in promoting philanthropy in Tampa Bay, and provides consulting services to nonprofit boards, developing best practices and skills in leadership and governance.

Patricia is board president of Academy Prep Center of Tampa. She is also development chair and head of strategic planning for the WEDU/PBS Board of Trustees, heads the Tampa Metro Area Council for the Community Foundation of Tampa Bay, and serves on the board of Quantum Leap Farms. 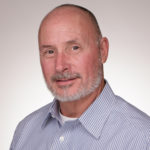 Mr. Fasan, managing principal at Sabal Trust Company and Sabal Investment Management Company, brings more than 30 years of experience in trust administration and investment management to the Foundation. Fasan has also served the community as an advisory board member for the Salvation Army St. Petersburg Area Command and Tampa Bay Watch. 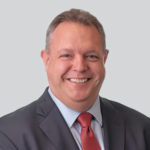 Mr. Fries is the founder and Chief Executive Officer of Hiregy, a Tampa-based company since 2004. Bill has chaired the board of the Nonprofit Leadership Center of Tampa Bay and now serves as governance chair. He attended the University of Central Florida. He and his wife, Marcy, have two young daughters, Madison and Whitney. 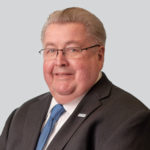 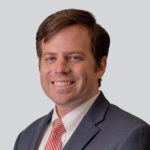 Mr. Hengesbach, an attorney at Hengesbach & Hengesbach, P.A, where he practices in the areas of civil litigation, real estate, business, and family law. A second-generation Hernando County native, Hengesbach is actively involved in the community as a board member for the Nature Coast ARC, Hernando County YMCA and Notre Dame Catholic School. 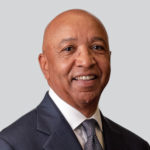 Mr. Horton serves as Owner, Chief Executive Officer and President at Sun State International Trucks LLC. The first 25 years of Mr. Horton’s career, were spent with International Truck and Engine Corporation, advancing through various management positions to becoming vice president and general manager of its Foundry Group. Mr. Horton served as Jacksonville Branch Director of the Federal Reserve Bank of Atlanta. He serves as a Director at The Bank of Tampa, the University of South Florida Board of Trustees and is the former Chairperson of Academy Prep Center of Tampa Bay. 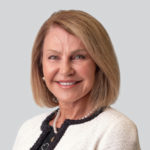 Dr. Lindell is a board certified ophthalmologist and age management medicine specialist licensed in Florida and N.Y. She resides in Tampa with her husband, Carl Lindell and together they are involved in many organizations in the Tampa Bay Area. She is a board member of the Humane Society of Tampa Bay and the Dean’s Advisory Council of the College of Arts and Sciences of USF. She is involved in mentoring at USF where she has given presentations. She is a member of the Circle of Red within the American Heart Association, Women in Philanthropy of St Joe’s Hospital, Women’s Leadership Council of Tampa General, Ukrainian Medical Society and Society of International Business Fellows. 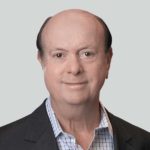 Mr. Sena is president and managing partner of MediaSphere Partners, LLC, a financial advisory and business development company specializing in media and communications. Mark is president of Mars Communications Inc., a wireless broadband spectrum company. He has worked in more than 25 countries in Europe, Latin America and the Caribbean providing mergers, acquisitions and financial services to companies involved in cable TV, broadcasting radio and TV, programming, publishing and telecommunications. Mark holds M.A. and B.S. degrees from the S.I. Newhouse School of Public Communications at Syracuse University, where he has been on the advisory board since 1998. He has served as chairman of the international development committee at The Cable Center; advisory board member of the Institute for Research In Art; advisory council member of the Center for International Business at USF; board member and chairman of the public policy committee of Creative Tampa Bay; and advisory board member of Arte, the Latin American arts festival in Tampa Bay. Mark Sena has two daughters and is married to former Tampa city councilperson Linda Saul-Sena. 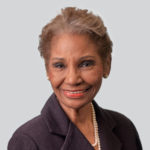 Dr. Smith is the President of JUE-L Consulting Group. She received the PhD from the University of South Florida serving in several positions: University Counseling Psychologist; Founder/Executive Director, Institute on Black Life and Center for Africa; Director, Institutional Development; Founding Executive Director, Women in Leadership and Philanthropy; and adjunct faculty. International/Nationally she served on Habitat for Humanity Board; The Links, Incorporated, International Programs Director (built schools in South Africa ) and United Nations NGO Director. She is past president of Athena Society, Leadership Florida participant and served on local community boards and committees .She was inducted into the Hillsborough County Women’s Hall of Fame. She is a member of Beulah Baptist Church. 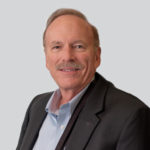 Mr. Stanger is a Certified Financial Planner (CFP)™, Estate Planner, and Wealth Manager with Simon & Associates of Raymond James, located on Harbour Island in Tampa. With over 40 years of experience in financial services, he previously worked as the National Director, Sagemark Consulting of Lincoln Financial; and Regional CEO and Advisor for CFA. He is founder and past chair of the Annual Estate and Tax Planning Continuing Education Seminar, co-sponsored by the Community Foundation of Tampa Bay and WEDU PBS and a past board member of Greater Tampa Junior Golf Association, Tampa Bay FPA, and Tampa Bay Estate Planning Council. 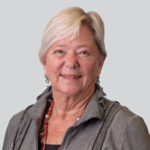 Ms. Williams has worked as President, WJDR, Enterprises, Inc. and in property management, community development and as a stockbroker. Her community involvement includes Chairman, Legacy Committee, Church of Ascension; Secretary, Florida Wildlife Corridor; President, Carlouel Homeowners Association; Trustee, Hanover College. She is a past member of the Clearwater Marine Aquarium Board and had broad community experience in Dayton, Ohio prior to moving to Florida in 2003.. She is a graduate of Hanover College, and she and her husband Alex have three grown sons and five grandchildren.

Membership FY 2021
Our Leadership Council members are long-time advocates for philanthropy, the Community Foundation of Tampa Bay and the Tampa Bay region. They offer counsel and direction to help us inspire giving and have a positive impact in our communities.

Councils FY 2021
Our Regional Councils are ambassadors for philanthropy in the areas where they live and work. They provide local knowledge about needs and the impact of charitable giving in their communities.

Board of Trustee Standing Committees FY 2021
Our committees offer leadership and guidance for our operations.

Oversees the annual independent audit of the Community Foundation to include approving the scope of the audit to be performed, monitoring and reviewing audit conclusions, and reporting those conclusions to the Finance Committee.

Supervises the preparation of the budget for the Community Foundation, sets the annual endowments distribution policy, and reviews for Board approval other financial policy proposals that may come to the Committee’s attention.